The vastus lateralis muscle is the largest of the four muscles that make up the quadriceps femoris group. Like the other muscles in the quadriceps group, is an extensor of the leg at the knee. Its name means “huge lateral” due to its enormous size and location on the lateral side of the thigh.

The vastus lateralis muscle arises from widespread origins on the greater trochanter of the femur and on the linea aspera on the posterior side of the femur. Continue Scrolling To Read More Below... 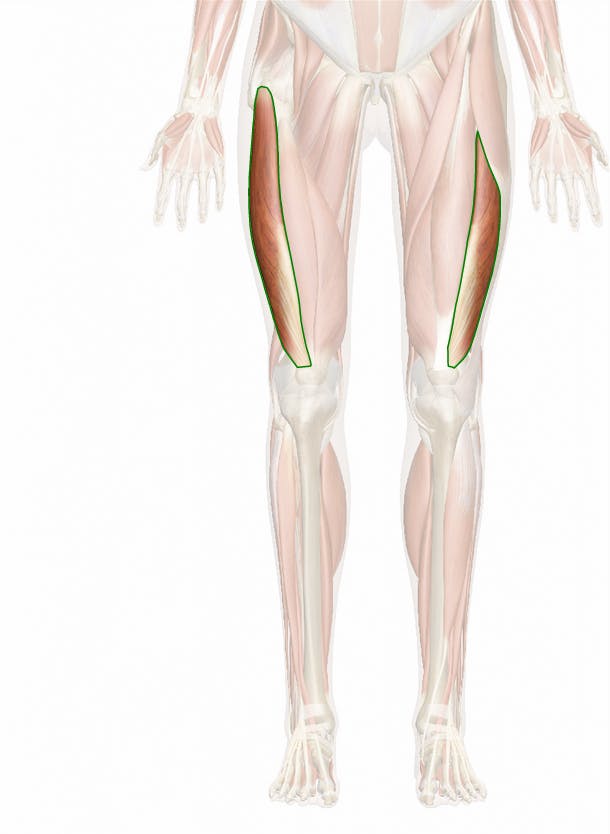