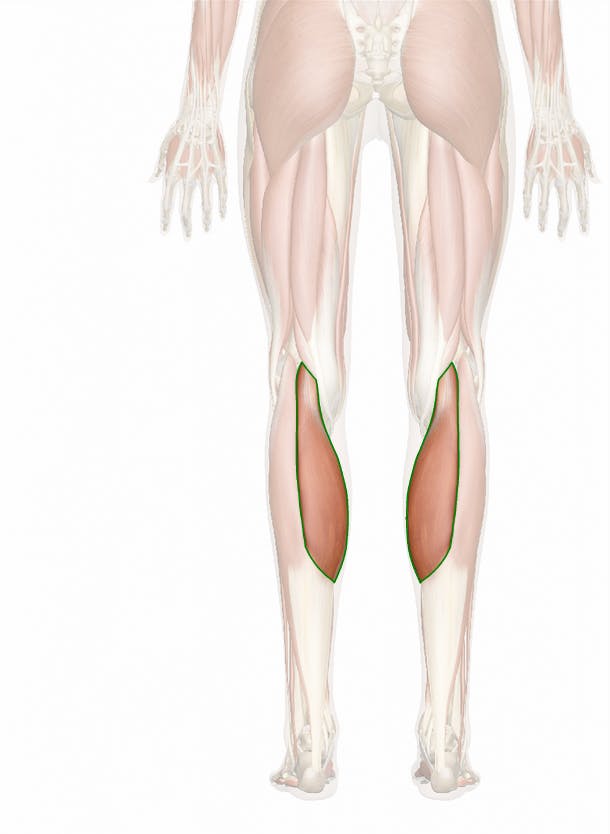 Continued From Above... It is a superficial muscle, making it easy to palpate through the skin of the calf while pointing one’s toes. Deep to the gastrocnemius are the soleus and plantaris muscles.

The medial head of the gastrocnemius muscle arises from the medial condyle of the femur just distal and medial to the popliteal fossa. From its origin it passes posterior to the knee joint and descends the leg parallel to the lateral head of the gastrocnemius. At about the middle of the calf, both heads merge together to form the calcaneal tendon, which is more commonly known as the Achilles tendon. The calcaneal tendon continues distally toward the ankle, where the soleus and plantaris muscles join the tendon. After passing posterior to the ankle joint, the calcaneal tendon inserts to the calcaneus, or heel bone.