Many important organs of the endocrine system are found in the abdominal and pelvic regions of the body, including the adrenal glands and the pancreas. These glands produce hormones that play vital roles in the body’s regulation of minerals, glucose, and energy allocation. The digestive and excretory organs of this region also produce hormones to manage digestion, blood cell production, and mineral homeostasis as well.

The adrenal glands are a pair of triangular glands that are located along the superior edge of the kidneys. Each gland consists of two regions - an outer cortex and an inner medulla - that have distinct structures and functions within the gland. Continue Scrolling To Read More Below... 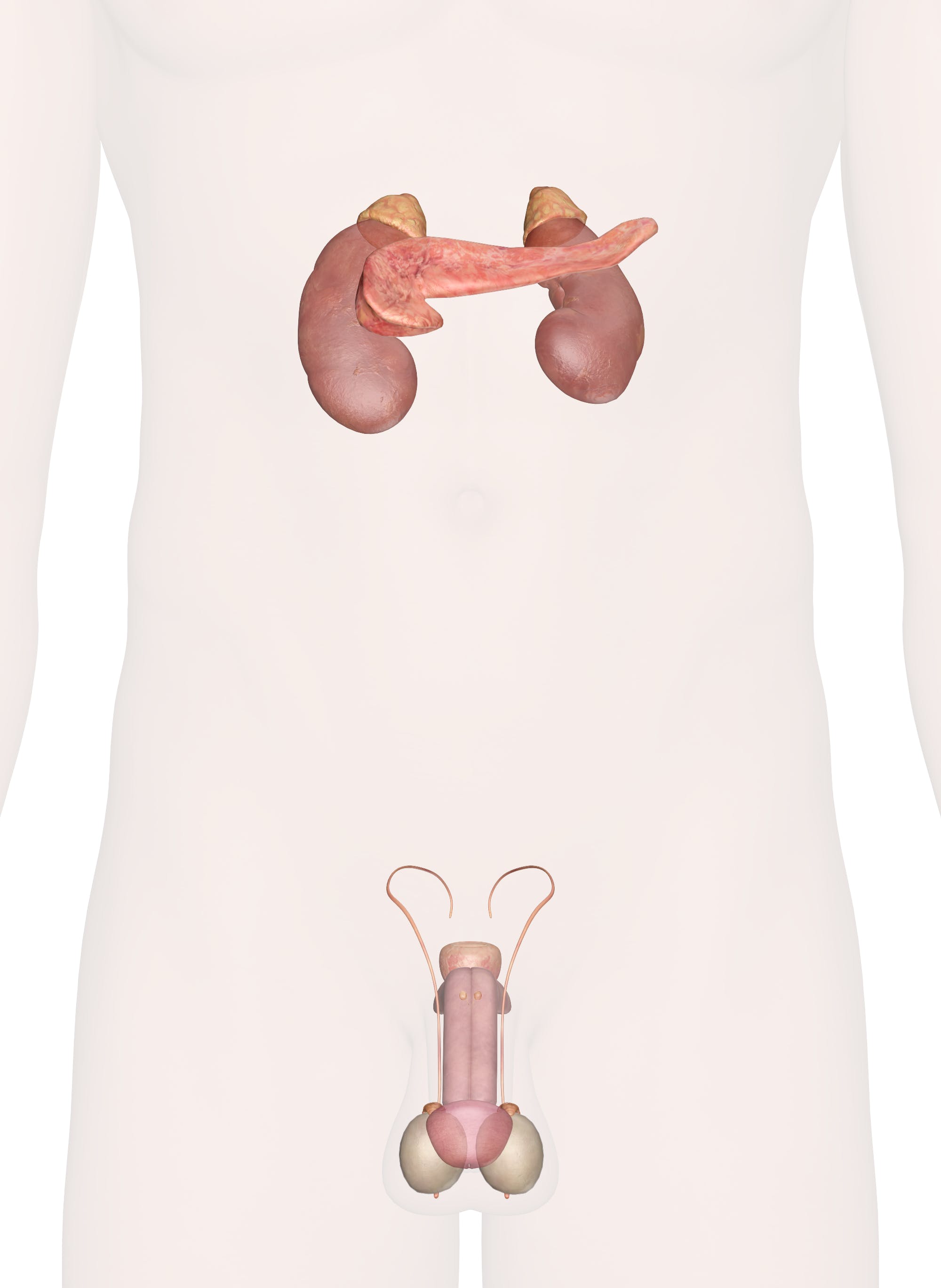 Continued From Above... The medulla produces the stress hormones epinephrine (adrenaline) and norepinephrine (noradrenaline) under stimulation by the sympathetic division of the autonomic nervous system (ANS). These hormones help to augment the body’s “fight or flight” response to stress and exertion by increasing the heart’s blood output to the muscles; increasing the efficiency of the lungs; and releasing energy for the muscles to use.

Also assisting in the body’s sugar and energy homeostasis is the pancreas. The pancreas is a long, tapered gland that extends horizontally inferior to the stomach. While the vast majority of the pancreas is devoted to the production of digestive enzymes, about 1% of its structure consists of endocrine cells that produce hormones.

The testes and ovaries, known collectively as the gonads, also produce important sex hormones as organs of the endocrine system.

In addition to the true glands of the abdomen and pelvis, several hormones are produced by the digestive organs and kidneys. To effectively control the digestion of diverse foods, the stomach and duodenum monitor their contents and produce hormones to influence the behavior of other organs.

The kidneys produce several important hormones that are related to the composition of the blood.