Cardiovascular System of the Head and Neck

The cardiovascular system of the head and neck includes the vital arteries that provide oxygenated blood to the brain and organs of the head, including the mouth and eyes. It also includes the veins that return deoxygenated blood from these organs to the heart. Among these blood vessels are several unique and important structures that have evolved to help maintain the continuous flow of blood to the brain. The human brain is so powerful and metabolically active that it uses about 20% of all of the oxygen and glucose taken in by the body each day. Continue Scrolling To Read More Below... 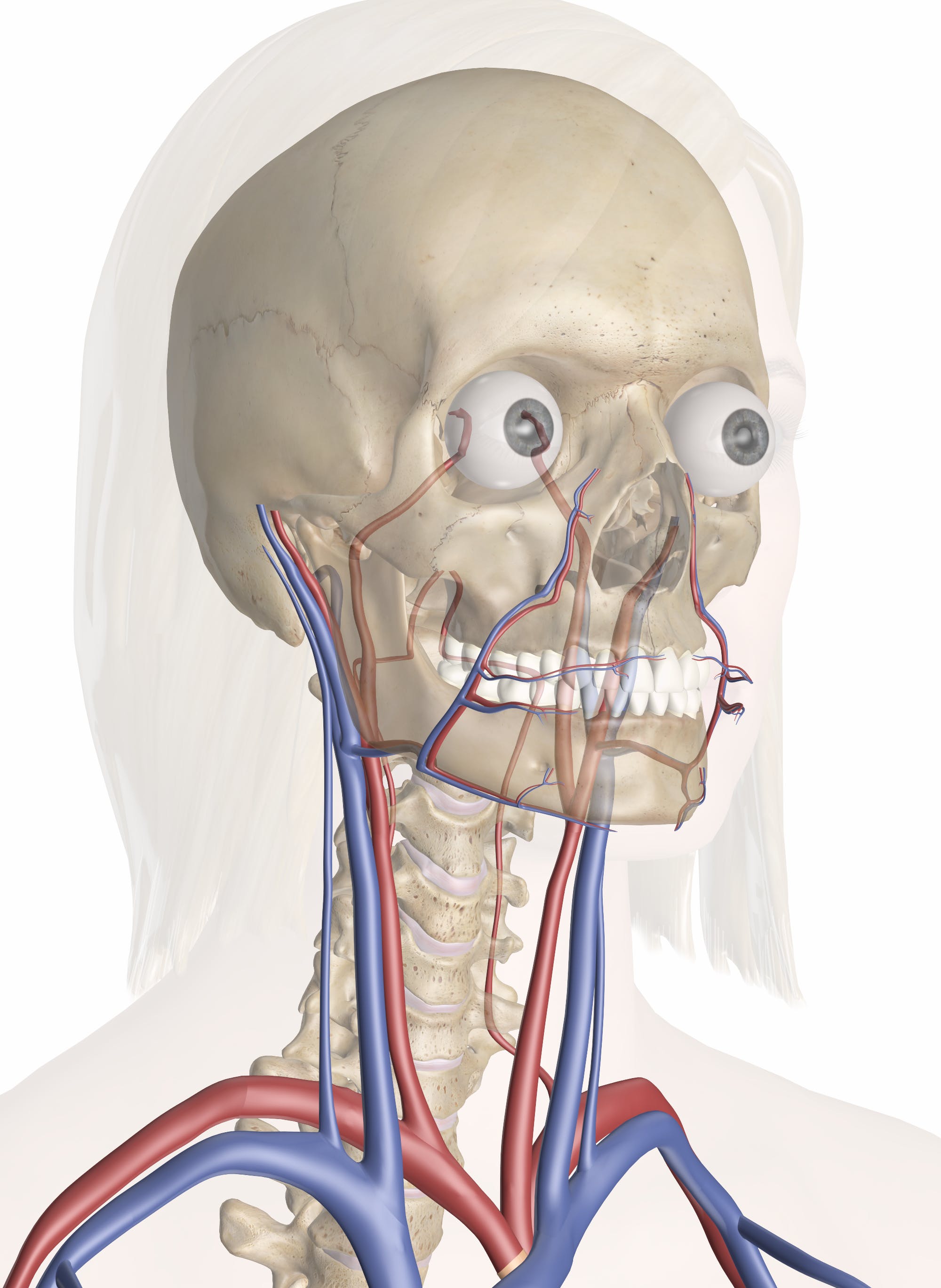 Continued From Above... Any interruption in the blood flow to the brain very quickly results in the decline of mental function, loss of consciousness, and eventually death if not corrected.

Oxygenated blood enters the neck from the trunk through four major arteries: the left and right vertebral arteries and the left and right common carotid arteries. The vertebral arteries travel through the transverse foramina of the cervical vertebrae before entering the skull at the foramen magnum and joining at the base of the brain to form the basilar artery. From there the basilar artery provides blood to the posterior structures of the brain, including the brain stem, cerebellum, and cerebrum.

At the base of the brain several communicating arteries form anastomoses, or passages, between the left and right posterior cerebral, left and right internal carotid, and left and right anterior cerebral arteries. These arteries collectively form a ring of blood vessels known as the Circle of Willis. The Circle of Willis provides insurance that the brain will continue to receive blood flow in the event that one of its major arteries is blocked by allowing blood flow between all of the major arteries to all of the regions of the brain.

Three pairs of major veins return deoxygenated blood from the tissues of the head and neck to the heart. The left and right vertebral veins descend through the transverse foramina of the cervical vertebrae to drain blood from the spinal cord, cervical vertebrae, and muscles of the neck. In the head, superficial structures on the exterior of the skull are drained by the pair of external jugular veins, which descend through the neck lateral to the vertebral veins. Most importantly, the brain is drained by a group of large cavities in the dura mater layer of the meninges known as dural venous sinuses. Blood collected in these sinuses drains into the largest veins in the head and neck - the left and right internal jugular veins. The internal jugular veins collect blood from the brain as well as the superficial structures of the head and neck before descending through the neck towards the heart.